This case study was originally published by Tech & Learning.

The Santa Clara Unified School District, in the heart of Silicon Valley, CA, has always embraced innovation, so this culture seemed ideal to make the shift to a whole new style of teaching when the district moved to remote learning.

But it was much more difficult than they anticipated.

“This has been the hardest year of my career by far,” says Joe Ayala, Director of Technology for this district that serves more than 15,300 K-12 students and an additional 6,000 in preschool/adult school. “You don’t know how much it means to go onto a campus and see teachers teaching and students learning until you take that element away.”

Using this time to upgrade tech made sense, both to solve problems and anticipate solutions to issues that could arise in this new normal. In synchronous classrooms and meeting rooms, quality audio is key to a successful experience. To address this issue, the district piloted the Nureva® HDL300 audio system, designed for mid-sized learning spaces, and came away with some best practices.

1. Improve audio in the classroom

“Our teachers hate the traditional approach,” says Ayala. “Teachers want to be able to move around the classroom, so we do iPad® and Apple TV® to give the freedom of movement and connection with students. Our goal is to find tech with multiple functions.”

The district tried sound bars and amps hidden behind monitors, but Ayala says switching to the simple Nureva system that included the microphone was “amazing.”

“For teachers not to have to raise their voice all the time, it’s huge,” says Ayala. “Before Nureva, I tested out our audio while wearing a mask and the volume I had to produce into the mic – there was no way a teacher could sustain that for four to six hours.”

2. Look for products that are easy to install

“I wish we had this tech sooner,” Ayala reports. “In the switch to remote, we had to install amps, mics, speaker systems, and wiring for ceiling speakers. They had previously put audio tech in a false ceiling, which involved ladders and a mess to access it for problems. I do love that the Nureva has both the mic and speaker system, because when you are retrofitting old classrooms, it’s even harder to get up into the ceiling. Trying to deal with a science lab’s slanted ceiling and the drop tile – it’s nearly impossible.”

Being able to provide virtual professional development is another benefit of using the Nureva HDL300 technology.

“We look at the finance numbers for training,” says Ayala. “We can send someone out for $5,000 or you can do the same seminar as a web program for $1,000. But we know with our previous tech, if we opted for the $1,000 webinar it wouldn’t have been a good experience. To be able to bridge that gap will be very powerful.”

“I don’t think virtual meetings are going away,” Ayala says. “I’m now having to stream all board meetings. It’s the expectation. I think this is an amazing tool for that use.”

Ayala worked with other IT directors on retooling their web conference room. Previously, when attendees would go to meet in a room, they had something such as a web speaker system that kind of picks up the sound, but this was attached to an internet cable that’s stretched across the floor where someone might trip on it.

“Sometimes the cord doesn’t work, sometimes the phone doesn’t work, it’s just a mess,” Ayala says. “So I think this will be a great solution as we move forward. There will be some meetings in person and some still online, and this is a great blend for that situation.”

5. Make it easy to get parents involved

One of the biggest challenges for districts is parent involvement, especially as students move into higher grades.

“In elementary, most parents are on board,” says Ayala. “They are doing the talent show and harvest festival, they are room parents – it’s easy to get them involved. As you hit middle school and high school, it’s harder to pull them in. The only time they come around is when something is wrong.”

California has a LCAP (Local Control and Accountability Plan) that involves getting feedback from different target groups: parents, English learner population, socio-economic disadvantaged families, etc. Having the Nureva sound system allows the district to make it easy for these parents to attend meetings and conferences online to accommodate busy schedules.

“Having the ability to say, ‘We’re going to have a parent meeting – if you can’t show up in person, you can attend virtually,’ is nice,” says Ayala. “Utilizing this will increase engagement and involvement.”

Ayala points out that once California bounces back from the pandemic and road traffic increases, offering virtual parent conferences will make a huge difference.

“Right now my commute is 25 minutes,” he says. “Pre-COVID, it was an hour and 15 minutes. Asking parents to drive ten miles to a meeting in this valley can mean hours of lost time at home or in their workplace.”

6. Keep the tech simple and sanitary

“There are a lot of microphone solutions out there to make English learners or students with various IEPs more comfortable contributing in class,” says Ayala, noting COVID distancing and sanitation rules make using these microphones difficult, if not impossible.

“There’s a cube mic you pass around – that’s not going to happen anytime soon,” Ayala says. “There’s a combo teacher-lapel mic and karaoke-style pass-around mic for students. Someone uses it and passes it – wait! Wipe it off, pass a mic, wipe it off. It gets ridiculous. I’ve done technology in school for a long time, not having batteries go out, not losing batteries. Not losing mics. Remotes go missing, ‘pigtail’ adaptors just gone, HDMI cords, it just happens. A great benefit of the Nureva tech is putting it on the wall and forgetting about it.”

Audio is key in learning language and building student confidence. “The hardest thing to get – in web meetings, in boardrooms, in classrooms, in small spaces is good audio,” says Ayala. “If the audio is bad, you’re going to have a bad learning experience.”

With audio systems such as the Nureva HDL300, districts can now deliver a better experience, from the classroom to the boardroom.

Find out more about the audio solution that’s keeping a growing number of students and teachers connected. Nureva audio systems are quick to install. They’re easy to use. And they let everyone be heard in every inch of the classroom. 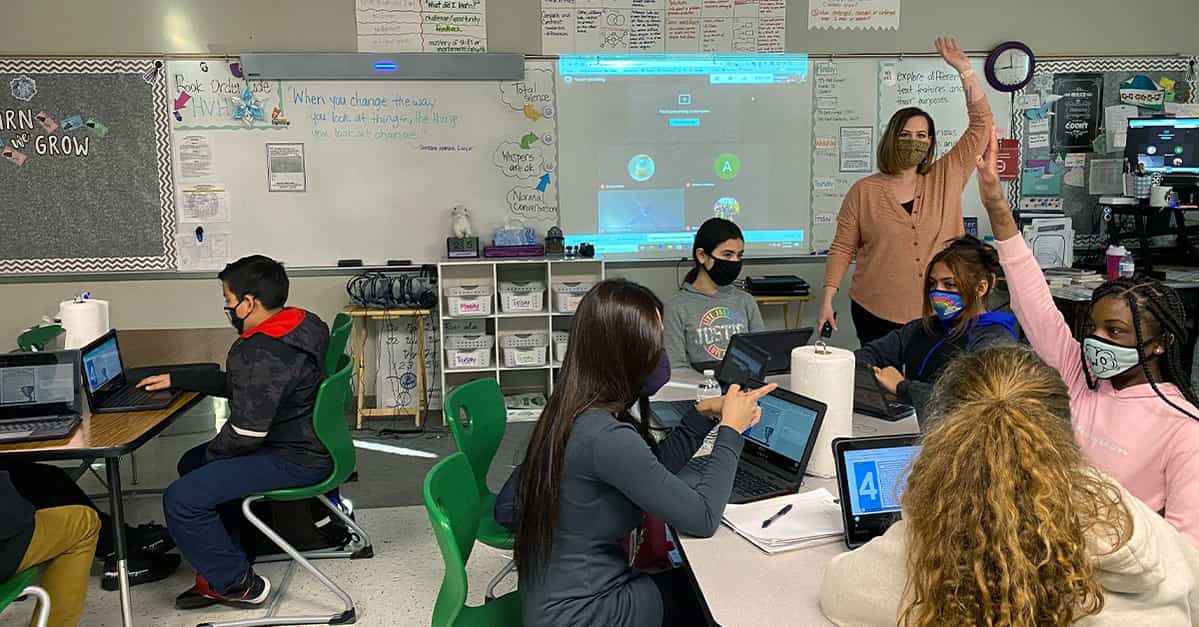 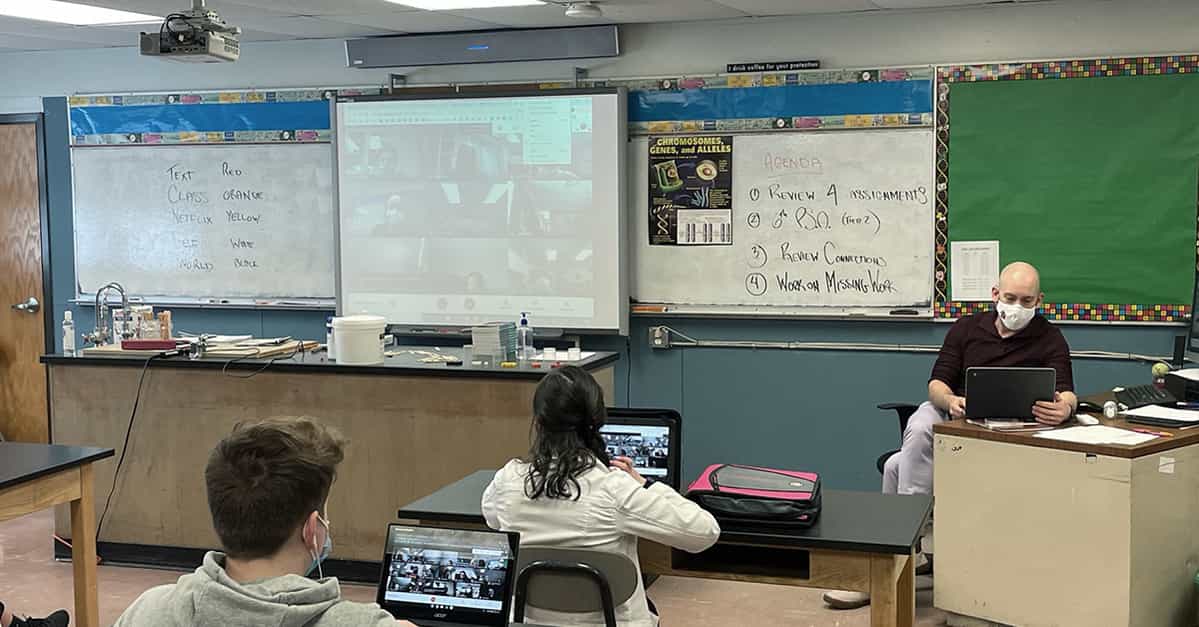 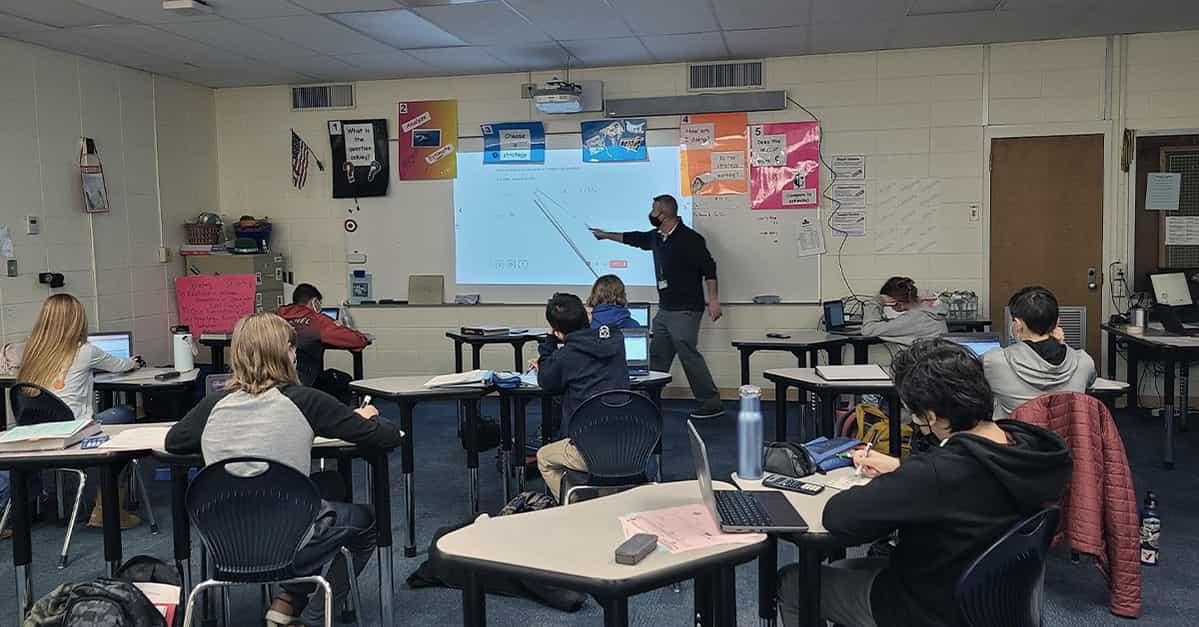