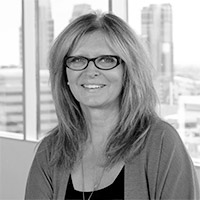 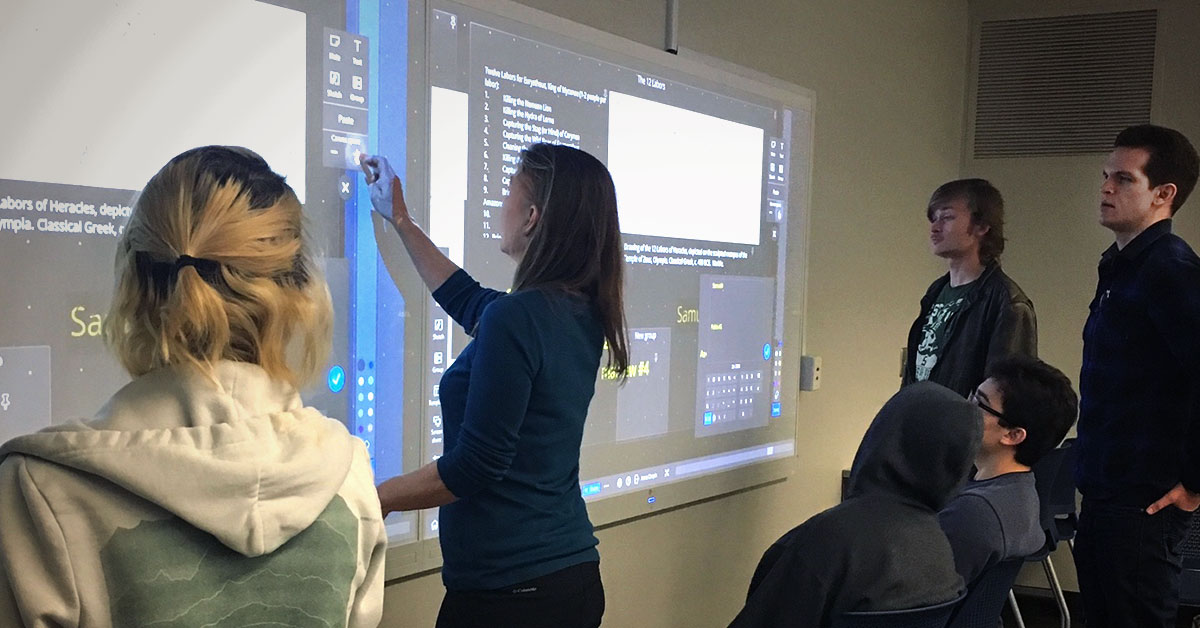 Brevard College professor Dr. Michael Castelaz learned long ago that if he wants his students to get excited about physics, simply explaining theories and writing equations on the board is never going to cut it. He has to make it real.

“I figure students have to experience what they’re learning,” says Michael. “I’m not just going to hand them a bunch of equations. They need to learn how the equations work in the real world.”

Instead of just teaching theories, Michael lets students “get their hands dirty” and often gives them real objects to use to explore concepts for themselves. Take his class on pendulums, for example. Along with drawing and labeling a diagram and teaching the theory behind pendulum motion, Michael hands out long strings with weights attached to them. Students do experiments to test how the theory works and come to their own conclusions.

Michael’s interest in experiential learning is what brought him to Brevard College in 2014. The small liberal arts college is known for its focus on experiential education, its small classes and its picturesque location in the mountains of western North Carolina.

Students experience learning beyond the classroom through a wide range of programs and activities, from wilderness adventures to internships and projects where they tackle real-world problems.

In 2018, the college decided to use active learning tools to enrich the learning experience inside the classroom. Brevard installed 10 Nureva™ Walls equipped with Span™ Workspace in several science labs and active learning classrooms around the campus, including Michael’s physics lab. The interactive touch surface of the Nureva Wall together with Span Workspace’s expansive digital canvas allow students to collaborate and interact with lesson material in ways they never could before. 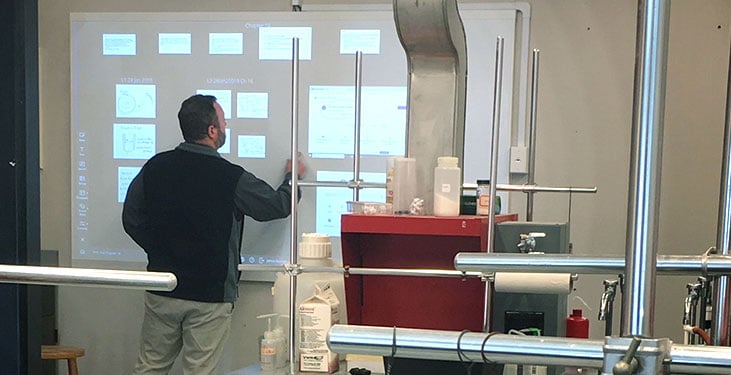 It’s important to Michael that students get the chance to “visualize the physics they’re doing.” And he says that’s where the Nureva products shine. “Once I had the technology, it was like the missing piece to the puzzle. I could do things I just never thought I could do before.”

He always felt visual collaboration tools could really help students connect with the lesson material. So over the years he tried a lot of different things to make his lessons more visual and interactive. (At one point, he even cobbled together a makeshift interactive whiteboard that he hung from the ceiling with selfie sticks.)

So he was delighted when the Nureva Wall and Span Workspace were added to his physics lab last fall. Now, when he does a lesson on pendulums, his classroom is a flurry of activity. He’s at the front of the room sketching a diagram on the 7' 6" (2.30 m) collaborative surface and explaining how the parts of a pendulum work. Students do their weighted string experiments and then instantly add the measurements to the digital canvas using their smartphones.

“When I just had a whiteboard, students had to trip over each other to go up to the board and write numbers down. We also had to graph things by hand,” explains Michael. “None of that turned out very well. But this is dynamic and the students are really involved.” 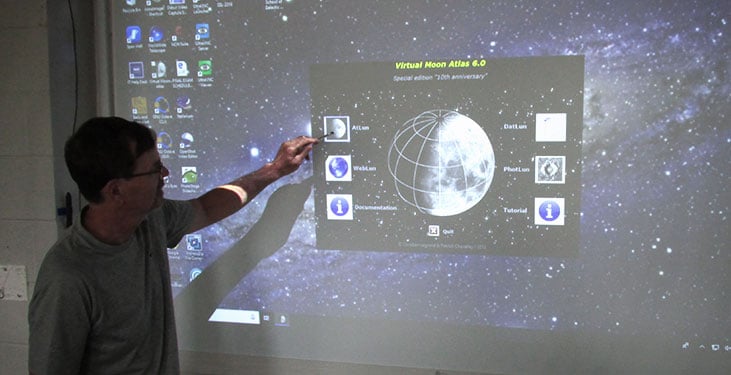 Visual collaboration offers a new way to see the stars

Michael loves the quote, “Learning is not a spectator sport.” It’s a sentiment that shapes his teaching and one he repeatedly shares with his students. Since using Nureva’s visual collaboration tools in his classes, he says he’s finally seeing how interactive learning can be. “It’s opened up all sorts of ideas.”

For instance, the 3D software program he uses to show students the constellations was always visually impressive, but now they can interact with it, so it’s even more memorable. Students can work together, exploring everything on the Nureva Wall’s large interactive surface, zooming in and spinning objects around to get a closer look. “It’s almost like having a planetarium in my classroom,” says Michael. 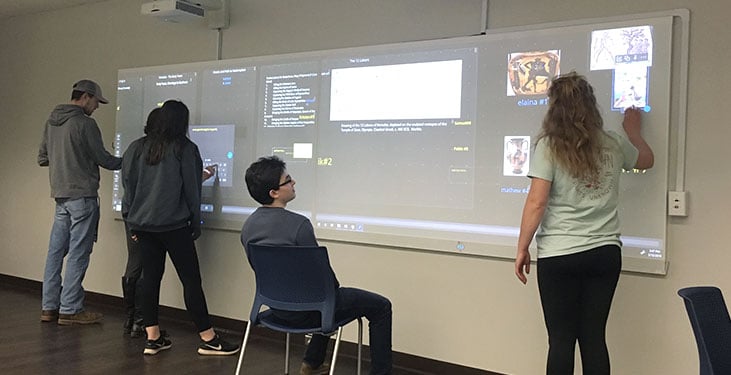 To Michael, using technology to engage students isn’t about wowing them; it’s about connecting with them using digital tools they already know. “My goal is to get them to think.”

He also wants to get them more involved in their own learning. And he’s already seen how Nureva products can help him do that.

During a course last year, he decided to put his lesson notes on cloud-based Span canvases and share them with his students. He expected them to just file the notes away until exam time. Instead, students began adding their own insights and questions, turning his static pages of notes into dynamic learning documents. It made the learning experience more personal and enriching, and it was an eye-opener for Michael.

Now he wants to build on his students’ natural interest in digital interaction to create even more dynamic learning moments in his classroom. Michael says by having the chance to think for themselves, tackle real problems and present their own ideas, his students will be much better equipped to take on the demands of real life when they graduate.

Find out more about the Nureva products that are helping Brevard College make learning dynamic and collaborative.

How one instructional design consultant taps into the power of stories